Google
You are here: Home / Archives for Just Strange 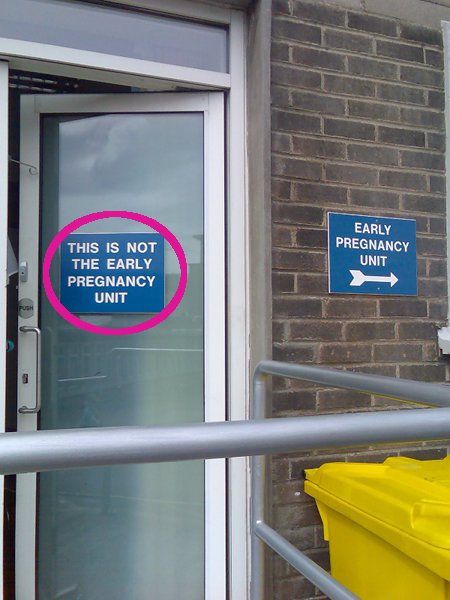 Earlier this year my wife and I went to the Rotunda for an ultrasound scan for our second child. At reception we were directed down a corridor and told about a few left and right turns. We didn’t listen to the full directions. We walked to one of the external buildings and were a little […] 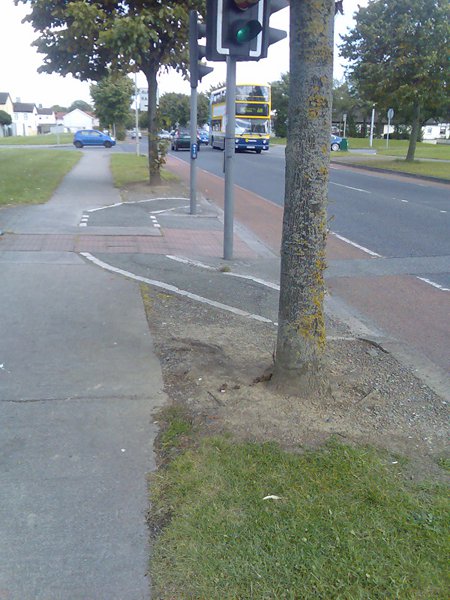 A few weeks ago Patrick Logue, an Irish Times Motoring journalist, wrote an article about lawless cyclists. The majority of the comments dismiss his rant. He was also mocked in a thread of over 200 posts on the boards.ie Cycling forum. On Mountview Road in Dublin 15, Fingal County Council seem to be facilitating cyclists […] 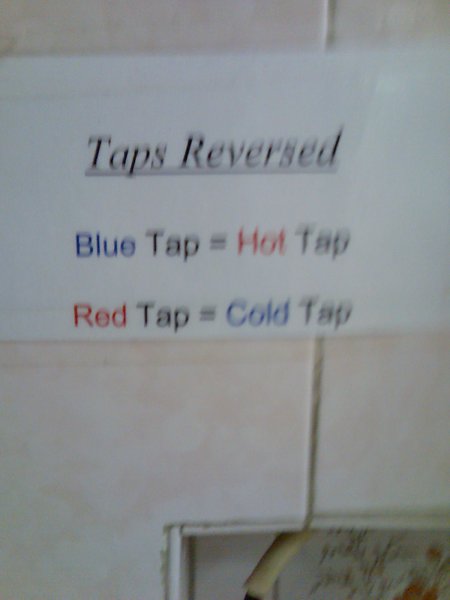 I joined my former college classmates for the early portion of the Jim Finn Stag pub crawl, before everyone got incoherent. In the third pub, The Hut in Phibsborough, the bathroom had a sign about the incorrectly coloured taps. The blue tap gives hot water, the red tap is for cold water. That reversal must […] 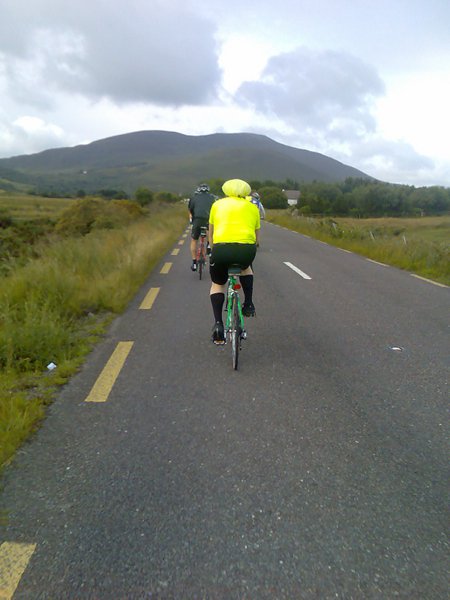 Earlier in the month I completed the Ring of Kerry charity cycle. It was my fourth year doing it. Great weather (as usual), excellent food stops (getting better each year) and I didn’t feel as tired as last year (maybe ageing is good for something). I only took one photo during the cycle. The guy […] 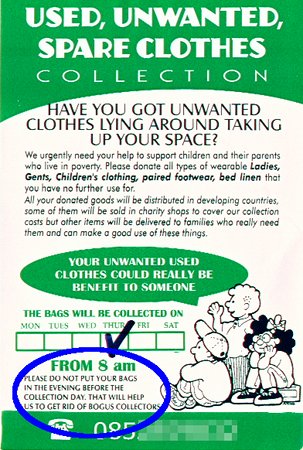 We are all very familiar with the bogus used clothes collectors that drive by in the early hours to grab the bags that have been left out in response to their regular never ending leaflet drops. A recent leaflet for one such collection had the gall to ask people not to put the bags out […] 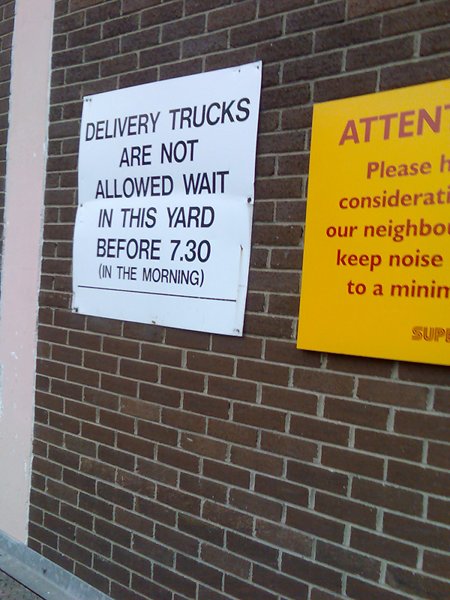 Ok, this sign doesn’t fall into any of the usual categories (bad grammar, laziness, typo) but it is a little strange. While it is using 12 hour clock, simply adding “AM” must not have been deemed clear enough so “In The Morning” was appended.