Google
You are here: Home / Website Development / Use ShiftNav with Genesis Sample theme 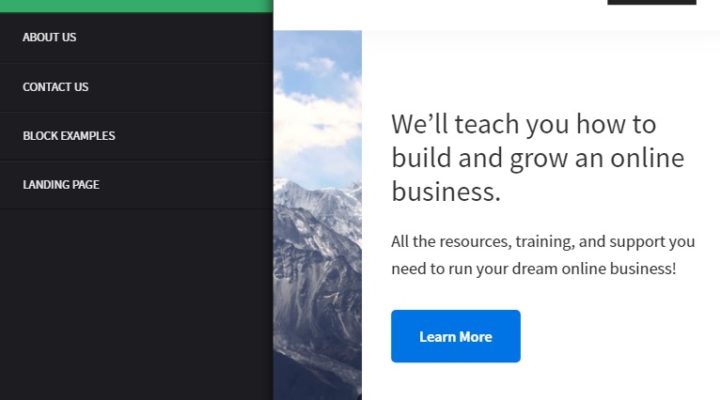 I recently redeveloped a client site where they requested a slide in menu on mobile rather than the typical expanding menu. I first tried Slideout.js but I had some styling and behaviour issues with it and switched to ShiftNav, a plugin that I had used many years ago. I shall revisit it again in the future. I have written about using Slideout.js with Genesis Sample.

In Genesis the mobile menu toggle is created by the responsive-menus.min.js script (from the Genesis Responsive Menus project). When ShiftNav is used then this script must be dequeued so that it does not conflict with ShiftNav’s JavaScript. After the script that creates the toggle is removed the a replacement menu toggle must be manually added.

After installing ShiftNav you need to assign a menu to it – the one that will show when the menu slides in – and (optionally) disable showing the site title in the menu panel (because it looks a little silly).

The code dequeues the responsive-menus script only if ShiftNav is active.

The ShiftNav menu toggle code is copied from the Custom Toggle Integration Code section in the Main ShiftNav Settings page. To benefit from the toggle styling already in Genesis Sample I have added the ‘menu-toggle‘ class.

The menu toggle may need some CSS to remove the link underline and to change the colours.

This screenshot shows the ShiftNav menu panel when it slides in. The “Standard Dark” skin is active.

Change or remove the text beside the mobile menu icon.

Add a cart icon, with cart count and WooCommerce cart link, to a menu.