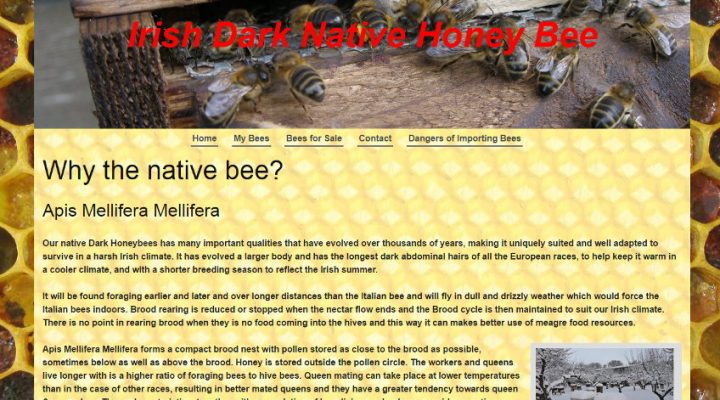 A local beekeeper and honey producer breeds and sells Irish dark native honey bees, a species that is uniquely suited and well adapted to survive in the harsh Irish climate.

Back in 2010 I created a site for a local beekeeper and honey producer. That site was for his swarm removal service. A year later he asked me to create a site for his bee selling service. He breeds and sells native honey bees.

The site explains the numerous benefits of using a the Irish dark native honey bee for beekeeping in Ireland – simply: the native bee has evolved over thousands of years to be uniquely suited and well adapted to survive in a harsh Irish climate. It also discourages importing bees as there is a significant risk that they will bring in diseases that are harmful to native bees.

The site uses Blueprint CSS for the layout. The content width was expanded about 25% per Keith’s request. Keith provided all the photos used on the site.