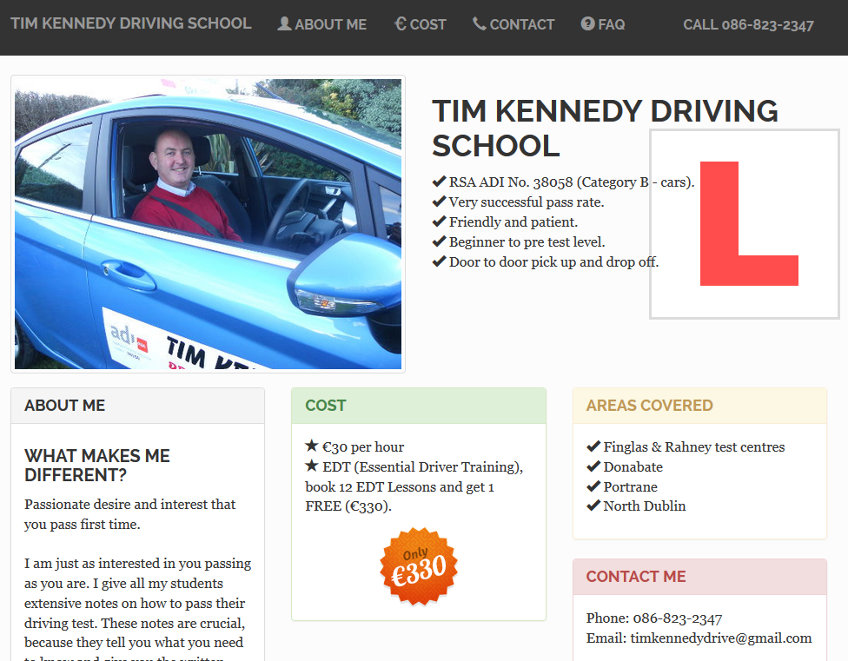 Tim got my name from Derek of Drivings Cool Driving School. Someone told him that he should have a web site!

We had a long conversation where he explained what he expected of the web site (not much!) and want he wanted (also not much!). Furthermore, he wasn’t in a rush to have the site completed. I asked him to email me the web site text and some photos. I explained that I would temporarily put his web site on my web site so that he could provide feedback during the ongoing work.

Initially I used the HTML KickStart framework, as I had used for the Magic Chef web site. I quickly dismissed this framework because it was not providing the layout I wanted.

I then looked into Twitter Bootstrap framework and it provided the layout I wanted and numerous other pre-styled components.

So Tim Kennedy has a fast loading, responsive web site for his business.