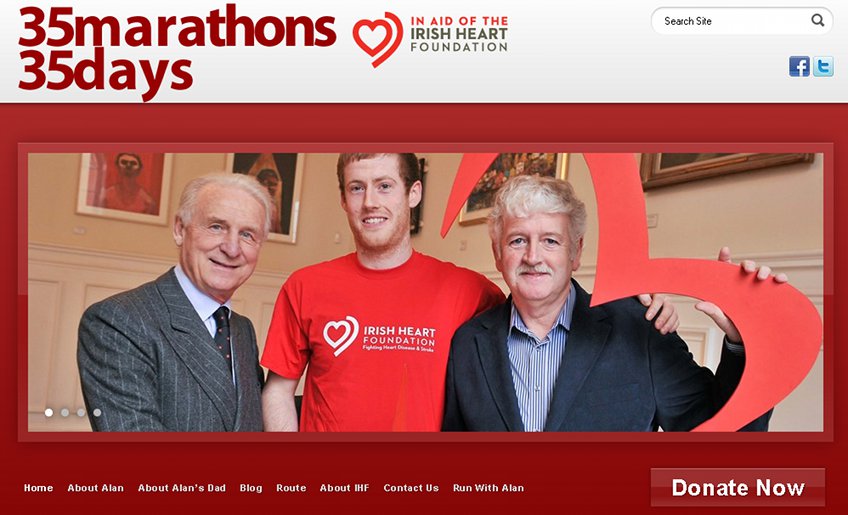 My bother-in-law volunteered me to create a site for a massive undertaking (35 marathons in 35 days).

While my brother-in-law was working for the Irish Heart Foundation he volunteered me to help them create a web site for one of their fundraising events.

Adrienne of Irish Hearth Foundation described the event – Alan would run 35 marathons in 35 days. As usual I suggested WordPress as the foundation for the site – Alan could blog his training and progress and the site would have pages describing his motivation (his father suffered a stroke in early 2011) and the route.

Adrienne found a perfect theme. I made a child theme and made a few small changes. There was very little work involved.

The hardest part of the project was moderating the spam comments. There were a few each day before I went on holiday for a week. When I returned there was over 3500 comments (only about 5 were not spam) and poor Adrienne had received email notification for each and every one of them!!

After marking the comments as spam (which was tedious, even with Bulk Actions) I installed the Captcha plugin. It eliminated comment spam. Phew.