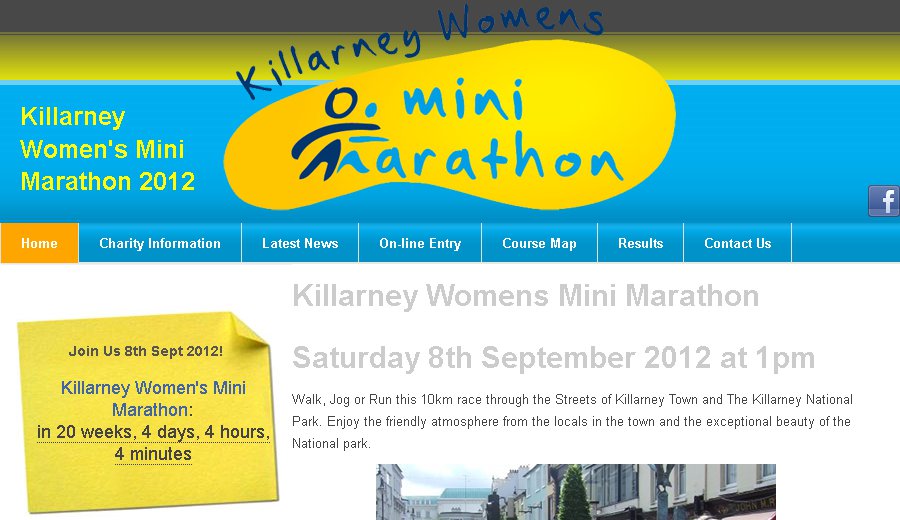 The Killarney Women's Mini Marathon site was running a very old version of WordPress. I upgraded it to the latest version, tidied up the code and made some changes to work on iPhones/iPads.

Initially Kathleen contacted me to make some changes to the Killarney Women’s Mini Marathon web site.

When I saw that it was running a 2 year old version of WordPress I suggested upgrading it. Doing this upgrade uncovered some issues in the hosting company’s control panel that took 2 weeks to resolve. Once those issues were sorted I upgraded the theme being used and created a child theme to permit future upgrades. I cleaned up the stylesheet and content. The site was using Adobe Flash to resize image so I replaced Flash with appropriately sized images (so that they can be viewed on iPhones and iPods).

As the original site was installed using the Application Vault automated installer, I had to set up 301 redirects to new location so as to maintain search engine links.