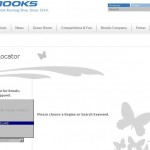 Brooks Running has a new “Brite Green” range of hi-viz running gear for the dark evenings. Hi-Viz gear seems to keep moving through different colours as one colour becomes too prevalent (yellow was first, then orange and I’ve seen pink too).

I went to their Stockists Locator page to see if there were any retailers near me. The Region drop down list had a typo for Ireland (North & Rebuplic of Ireland) where “Rebuplic” should be “Republic” (swap b and p).

I used the Customer Centre section to inform them and they replied telling me that the issue would be forwarded to the web site team to fix the issue. 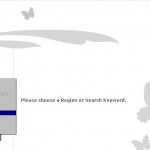 A few days later I checked the site and found that the list had been changed but that they had only half fixed it. Now it says “Repuplic” – the b was changed to a p but the other p wasn’t changed to a b.

I am sure that some would take this half-fix a deliberate slight against Irish people but I find that such offence takes a lot of energy.

Update: 4 November – the typos have finally been corrected.